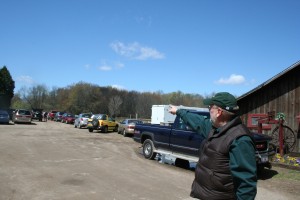 While at any horse or dog event, ask owners or participants about experiences with tick-borne diseases. There is an unsettling amount of affirmatives and many humans who have also battled (or are fighting) an array of diseases carried by ticks.

A new â€œmultiplexâ€ test for Lyme disease in horses and dogs will speed diagnosis and pinpoint time of infection, opening possibilities for more effective treatment plans. The test was developed by researchers at the Animal Health Diagnostic Center at Cornell Universityâ€™s College of Veterinary Medicine.

Catching Lyme disease early is important because the infection becomes progressively harder to fight as the bacteria conduct guerilla warfare from hiding places in the joints, nervous tissues and organs of their hosts. Spriochetes bury in the joints of dogs, causing arthritis or lameness. In humans and horses, they also burrow into the nervous system, in the spine or the brain, causing pain, paralysis or behavioral changes. By the time such clinical signs appear, the bacteria are usually not in circulation anymore.

â€œNow we can distinguish between infection and vaccination and also between early and chronic infection stages,â€ said Dr. Bettina Wagner, associate professor of Equine Health at Cornellâ€™s veterinary college and lead developer. â€œThat was not possible before. You were able to say whether an animal was infected, but not when it was infected, or how far the infection had developed.â€

The multiplex procedure can detect three different antibodies produced in response to the bacteria associated with Lyme disease using a single test on the sample, eliminating the need for separate tests. It also requires smaller samples and answers more questions about the disease.

The test can help veterinarians make advanced decisions about treatment. After the long treatment period ends, veterinarians usually conduct follow-up testing to see if it was successful.

More information on the test is available at http://ahdc.vet.cornell.edu/news/lyme.cfm. 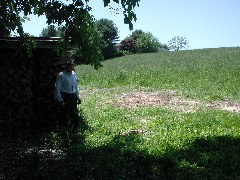